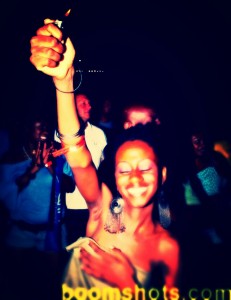 “As lovers of conscious reggae music we respond to the rhythm with our bodies.”
These are the words I wrote in my sx salon article to describe the way listeners show bodily agreement when experiencing the “layered messages” of a roots reggae band like Burning Spear.  With classic big chunes (tunes) like “Columbus,” Burning Spear’s lyrics speak to ancestral Africa, colonial abuse, and cultural upliftment.  From the horns to the bold lyrical content, yes, yes, and YES, Spear, “Christopher Columbus was a damn blasted liard”!

But, by this token, what ideas and beliefs might we be agreeing with when we nod along, two-step, flash a lighter, wave a rag, lick a shot, buss a wine, or wuk up to a classic big chune like this one heard here:

Now before you think it, NO, I am not calling for a moratorium on another Jamaican dancehall anthem (read this Independent article or this Guardian article on how LGBTQ human rights have continued to be threatened by songs like “Boom Bye Bye” and “Chi Chi Man”). Carolyn Cooper, professor of literary and cultural studies at the University of the West Indies, Mona Campus, has published widely on the why-it-is and why-it-is-not of Jamaican homophobia in music.  Similarly, Sonjah Stanley Niaah, cultural studies professor at the UWI, Mona Campus, also regularly critiques how we understand misogyny and body politics in Jamaican dancehall and reggae music. Taking a cue from them both at the always dangerous time that surrounds public discussions of women’s reproductive rights I urge all of us to be more active listeners. We must question the sounds that we hear.

“Murder She Wrote” hit Jamaica’s sound system speakers in 1992, about 25 years ago, but Chaka Demus and Pliers continue to peel club going wallflowers from their posts with what is arguably a staunchly conservative, anti-abortion, pro-life rhetoric that playfully rides over the pulsing bass line of Sly and Robbie’s production. Place and time, also known as the contemporary context, has greatly altered my hearing of the song.

[Chaka Demus DJs/chats] Yuh face is pretty, but your character dirty.
Gyal you just a act too flirty-flirty.
You run to Tom, Dick,
An’ also Harry.
An’ when you find yuh mistake
You talk ’bout yuh sorry,
Sorry, sorry…

Calling into question a woman’s character as “dirty” and commenting on a woman’s sexual choices as “flirty-flirty” behavior is not veiled language, it’s damning. Suggesting that “Maxine”, the main character in this lyrical tale of shame, has annual abortions to correct her “mistakes” is wholly dismissive. It dismisses all circumstances — from socioeconomic to possible sexual violence — surrounding her pregnancies.  And to suggest that Maxine is not a fit partner or, as Chaka Demus says, “gyal yuh no ready if you cyaa cook fi me,” [girl you’re not ready if you cannot cook for me] further emphasizes patriarchal, masculine discourse that both damns and domesticates women.

Still, “‘Murder She Wrote’ is a must. Dem still a play it hard a club all over the world. When yu go inna de Yankee club, the white people club, dem still play it,” Pliers told poet-writer-journalist Mel Cooke in this 2007 Jamaica Gleaner article. And Pliers is right. The song is still a hit.  But, importantly, Cooke’s article notably reminds local and international consumers of dancehall that in Jamaica abortion is tantamount to murder.  Murder is what a woman commits every time she has an abortion. Dance to that damnation.

As this nation attempts to strip women of their reproductive rights on a state by state basis, it is no longer possible for me to hear this song as I once did.  The political climate of my diaspora-home in the United States has tuned my ears anew. Now I hear “Murder She Wrote” and simultaneously I hear Donald Trump’s recent statements that women need to be “punished” for having abortions, but men do not (see here.)   I now hear Chaka Demus in stereo with Governor of Wisconsin, Scott Walker.  I hear Pliers and I hear Mike Pence, the governor of Indiana and Ted Cruz, a presidential candidate representing the GOP party and, presumably, millions of Americans who share his views on women.

As liberated women we say no to legislation that seeks to govern our reproductive rights; but, as we dance intently to lyrics that deny and sometimes demoralize us, it would be seemingly easy for a passerby to think that our bodies are saying yes.

This post is not to conflate Jamaica with the States. And it is not meant to conflate the DJ with the politician.  I happen to be a Jamaican in the States so this post is meant to raise awareness of the details that have always surrounded us and can influence or attack us.  In the end, I say dance on my fellow feminists and I will dance too.  But always remember — once you are woke, you stay woke.