In the magnificent space of imported beauty, the Jamaica Rum Festival was born and staged over two days on March 9 and 10, 2019 at the Royal Hope Botanical Gardens. What a spirited place to have a rum festival. 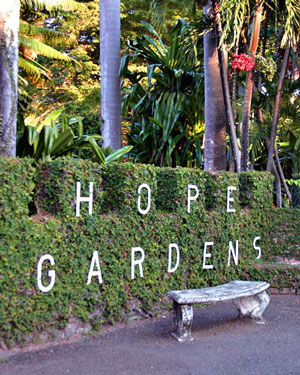 home to the Hope Estate (read: plantation), which was one of the first to use water to turn its sugar mills. And in the mid-1770s this sugar estate was “one of the island’s largest, most productive and technologically advanced slave sugar estates.” For all the times that I have enjoyably visited the Gardens (including at the Protoje concert on February 23), I felt disturbed while at the Gardens over the weekend. Not “disturbed” in the de-ja-vu way, but disturbed in the Burning Spear “history can recall, history can recall” kind of way. Of course, a friend of mine suggests that my disturbia (to borrow a Rihanna-ism) must be because I hadn’t consumed enough rum while there, but I don’t think that was quite the issue. Let me explain.

The Jamaica Rum Festival was sponsored by the Jamaica Tourist Board, the Tourism Enhancement Fund, and J Wray & 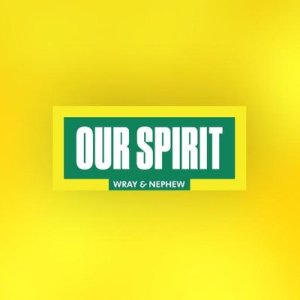 Nephew Ltd’s Appleton Estate Jamaica Rum. It was an impeccable event that unfolded under the steamy March sun while being balanced by balmy late-Spring night vibes. But, for me, the specter of colonialism seemed to haunt the space. For me there was something disturbing about celebrating rum on an old sugar plantation where enslaved men, women, and children labored. It felt as if we were all — in a way — rejoicing over the spirit of colonial exploits. You know the kind of exploits I’m thinking of, right? It’s the sugar + slavery = rum kind of exploit. I think Food and Wine writer Hannah Walhout summarized Fred Minnick’s book Rum Curious: The Indispensable Tasting Guide to the World’s Spirit (2017) very well. Enjoy this hefty quote below:

The sugarcane industry was made possible by slavery—writes Minnick, “slaves planted the sugarcane, fertilized it, cut stalks, and transported it to a mill, where the cane was crushed and juice extracted. They strained the juice and placed it in boiling pots until the sugar was crystallized. Slaves also seined the boiling matter to collect the molasses—the syrupy byproduct from making sugar.” Enslaved people may have even developed the rum-making process: “Molasses could be sold and used as a sweetener too, but the fermented molasses was enjoyed by the slaves and by poor whites. At some point, somebody distilled this fermented molasses, and rum was born.”

On the manicured lawns of what was once a sugar estate, slave plantation, and a colonial experimental botanical garden filled with uprooted plants from the farthest reaches of Africa, Asia, and the Americas, we — Jamaica’s postcolonial descendants — gathered for a Rum Festival. In that space, I couldn’t help but think of Olive Senior’s deft words in Gardening in the Tropics (1994), where the poet persona says “Gardening in the Tropics/ you’ll find things that don’t/ belong together often intertwine/ all mixed up in this amazing fecundity.” Oh, how intertwined we were — past and present, people and plants — in that tropical Garden of Hope!

With this intertwining, can we ever be free of history? Are we ever not haunted by it? I wonder this: if the Hope Gardens could speak, of what witnessing might they tell? The oldest trees there survived the middle passage and have been at Hope Gardens since the days of slavery. What spirits might they possess and what stories might those transplanted trees tell? Uprooted flora and uprooted Africans were both introduced by colonials to the Jamaican ecosystem at such a “successful” rate that when we look at, for example, the royal palm, sugar cane, and Black Jamaicans, we incorrectly think of Jamaica as origin. Uprooted, we became the exploited gardeners of these tropics and still we linger with the spirits. 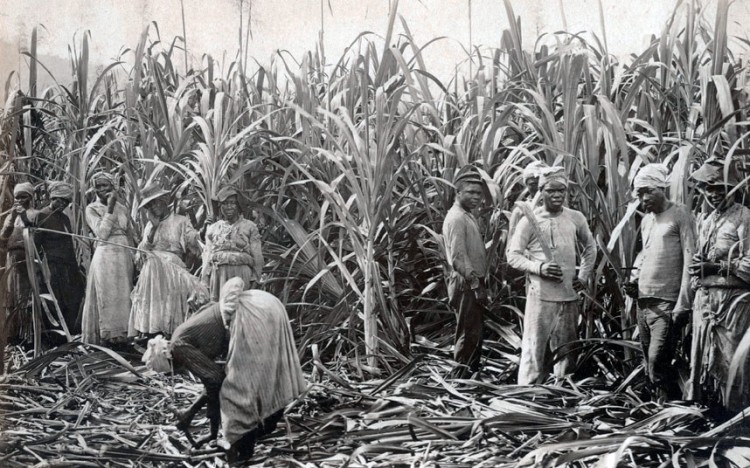 I wonder what do the spirits of Hope Estate recall? And as I think of the Rum Festival and the performance that dancehall and reggae artiste Agent Sasco gave, I wonder what the Hope River can recall. You see, Sasco grew up on the banks of the Hope River (not far from the Gardens) in the Kintyre community and sang of it on his single “Banks of the Hope.” Hear his words:


“Growing up on the banks of the Hope
Never give up and wi never lose hope
And wi never sell out and never sell dope
Now ironically everything weh’ we say
They say is dope…”
True, true, Agent Sasco! But isn’t it also ironic that in 2019 we were on a plantation drinking rum? 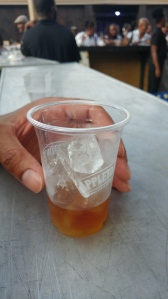 Isn’t it ironic that we honored the rum but didn’t honor the ancestors who created it? Isn’t it ironic that during the 1600s and the 1700s, the Hope River that Sasco sings of used to power sugar mills that produced rum? Maybe this irony is why Jamaica is not Crop Over country. (Read this for more on that last sentence.)

I’ll bring this post to a close by highlighting some spirit facts. Crop Over (mentioned above) is home to the oldest rum in the world: Mount Gay. Here in Jamaica we boast the second oldest rum: Appleton Estate. But, for me, Puerto Rico has the winning spirit of all, with its cleanly produced Don Q rum. As they note on their website, “Don Q is a pioneer among spirits producers when it comes to clean, environmentally conscious business practices. We have invested millions of dollars and significant time and brainpower in the creation and implementation of our distillery’s waste treatment system. Connecting a series of self-contained processes into an innovative cycle of waste treatment and energy harvest proved to be a worthwhile challenge.”
I’m not sure why Jamaica doesn’t produce green rum yet; but let’s see what sustainable innovations we can encourage before the next Jamaica Rum Festival. Between clean rum production and the usability of bagasse (sugar cane fiber), Jamaica could use rum to position itself as small island leader in environmental protection. Jamaica could turn colonial trauma into regional, if not global triumph! I recognize that these are my ambitious hopes, but I beg you to share them. Raise a rum glass (tip some out for the ancestors) and toast to the spirited possibilities!