Last night, I sat in my living room to edit the post below. I sat in the living room half re-reading my words and half re-watching Star Wars: The Last Jedi with my family.  I like big-budget super-movies like this one. With themes of mental strength and the constant balancing and re-balancing of good and evil, light versus dark at the center of each installment in the Star Wars franchise, I can say that I love the social and moral discussions that this kind of film provokes. But, Star Wars isn’t unique for that. Many films offer this kind of moral introspection and social critique. Indeed, we have been leaning on the silver screen for a hundred years to show us who we are culturally and provide us with an imaginative outlet for our stress. Fantasy movies, escape films, and adventure plots have soothed many an audience during war times and times of great social angst. Just think of the return of superhero films after 9/11. Yes, in times of woe, we need a hero. We need the escape as much as we need the reminder that goodness will triumph. Marvel’s Black Panther did just that when it hit theaters in 2018, in the thick of Black pain. Chadwick Boseman’s portrayal of T’Challa, the king of Wakanda was, for Black America, a critical film because it showed the power of representation. Boseman delivered our hero. He became a king and in doing so, he became an inspiration for Black diasporans young and old.

For his commitment to the craft and his confidence-boosting roles, he will be sorely missed. May we pay our respects to him by continuing to screen his works. Chadwick Boseman was not just the fictional T’Challa. Amongst other roles, he also portrayed the first African American Supreme Court Justice Thurgood Marshall in the film Marshall (2017) and he portrayed the first African American baseball player to integrate the American major leagues as Jackie Robinson in the film 42 (2013). Boseman proved that entertainment could provide us with escape while also educating and inspiring. May we be ever grateful for his work. May Chadwick Boseman rest in power.

And, surely, it is but for the grace of God, go I.

Please take a moment of centering before moving to the previously scheduled post.

The last time Black bodies were so critically at the center of America’s political/ economic attention, was in the 1860s.

Back then, the idea of abolishing slavery and emancipating the Black people being choked by the institution’s grip, was so unsettling that the Southern states and Northern states went to war. But why did bringing an end to slavery terrify America’s Southern citizens? Simple; because they knew that such a change would disrupt, if not halt, their economy that was built on free Black labor. So, from 1861 until the Southern states surrendered in 1865, everywhere was war. In a lot of ways, this was the last time Black bodies mattered in America. 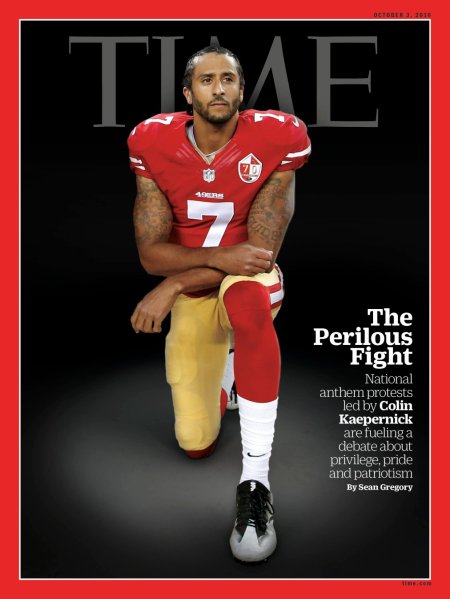 Over the course of America’s history, systematic racism has led to police brutality, poor health conditions, educational inequality, housing inequality, and economic inequality for Black folks. But what could it take to put a full-stop to this? What will it take to gain the political attention needed to write a new future for Black folks in America? Could it be that the same thing that brought America to Civil War 165 years ago, might bring America to a compromise today? Of course, that thing I’m talking about is money. An NBA strike could ripple into an NFL strike and no sports means no advertising dollars. And no advertising dollars means further economic loss for the country’s money-makers. Is this, perhaps, why Jacob Blake’s Black life, Breonna Taylor’s Black life, George Floyd’s Black life didn’t matter, but Colin Kaepernick’s knee did? One disruptive Black knee mattered because it had the power to threaten the economy of national sports.

Sports and race are curiously linked in America, there’s no doubt about it. This is why I draw on a basketball term when I say that the Milwaukee Bucks, LA Clippers, and the other teams in the Orlando, Florida bubble, are all taking a charge for America.

With feet planted, they are standing firmly for social justice. And with the media’s spotlight coming at them, they are using their sports platform for the advancement of civil rights. They do this because they recognize the game. In America, Black lives have only ever mattered from the perspective of big business. As multi-million dollar assets to the nation’s bottom line, these athletes are taking advantage of the fact that they are able to command the world’s attention, and they do so on behalf of those who continue to be shut out and gunned down. They are taking charge by taking a charge.

In North America, the NBA flourishes but does not dominate. Revenues are about half those of the highest-grossing sports league in the world, the National Football League, not that the two leagues are necessarily in competition…. Alongside other major sports leagues, the NBA generates revenue from multiple streams, the most significant of which are television, merchandising, sponsorships, and tickets.

Whether that big business was the free labor of African enslavement through 1865 or today’s athletes working in the midst of a global pandemic, dollars, not lives, matter most. Which is to say that Black bodies seem only to be visible and audible in America when they are of exploitable economic value (arguably seen in all manner of Black performance and entertainment).

In the face of this unfair reality that deposits Black people at the lowest rung of the ladder of inequality, all across the US and across the world people of all races have been taking to the streets and to their social media accounts chanting and hash-tagging the words BLACK LIVES MATTER. Over the last several months, all along that triangular route of our African diasporic making, humanity has been calling for justice and a new outlook for Black people. From moms to war vets and from toddlers on their parents’ shoulders to teens on Tik Tok, humanity has been demonstrating for a better, fairer world for Black people. But will these actions impact like the actions of players in the NBA? These athletes have national and international platforms, which means they have the power to sway minds and political action.  It is amazing to see them use it.

In many ways, America is still reeling from the Civil War of the 1860s. In many ways, America is still trying to reconstruct itself as a nation, as a concept, as a people. Of course, in 2020 the Southern states aren’t seeking to secede from the Union as they did before; instead, the descendants of the Confederacy seek to exclude those who they oppose by propping-up borders of division and walls of xenophobia in a quest to make America great for some and not others.

And the liberals and progressives in America — today’s metaphoric Northerners — they march and they demonstrate for Black lives to matter, but they have not yet recognized that America’s wounds run deep and run as Black as they run white.  These wounds date back to a time long before police body cameras and a time long before the killing of Eric Garner. What the red and the blue states have not yet realized or admitted, is that while America’s problem with race falls disproportionately on the backs, necks, and knees of Black people, it is the responsibility of all Americans to complete the national reconstruction that began in 1865 and did not end in 1877.

In 2020, the U.S. presidential election is not about Republicans versus Democrats. It’s about Black, white, and always the green. And with so many Juneteenths gone-by, abolitionists still have work to do. The NBA is doing the work. The protestors are doing the work. Teens on social media are doing the work. And if you, dear reader, are eligible to vote in the November 3, 2020 election, you must do the work and cast your ballot. It’s time we all take the charge.